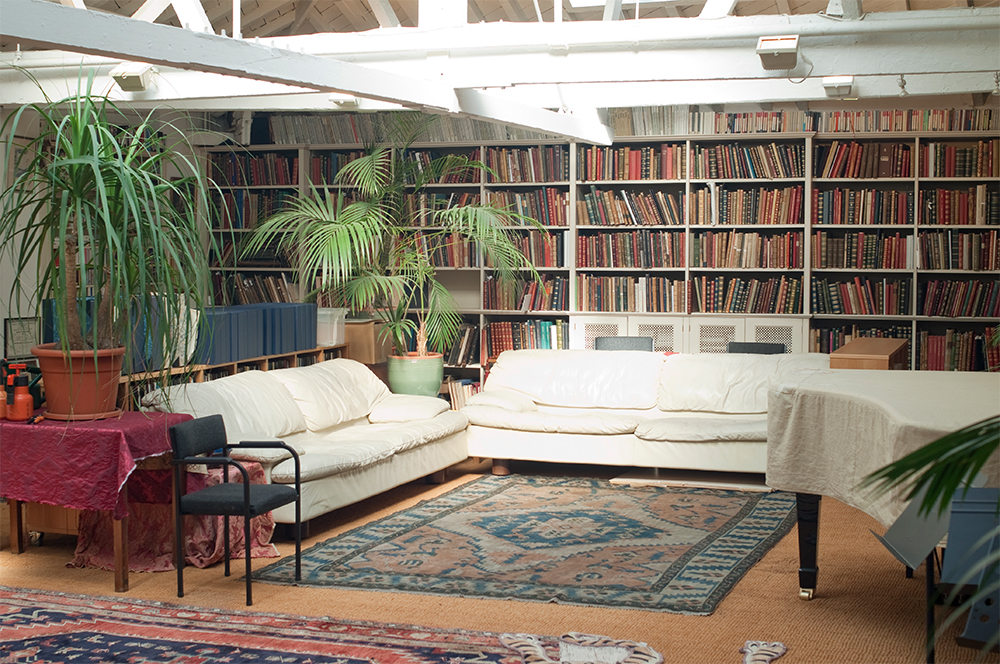 Opera Rara is delighted to announce the transfer of The Opera Rara Music Library to a permanent home at The Royal Welsh College of Music & Drama (RWCMD). This has been made possible by The Foyle Foundation, which has generously provided its biggest ever grant in Wales to enable the library currently based in London – soon to be called The Foyle Opera Rara Collection – to be transferred to RWCMD.

Comprising of more than five thousand volumes, The Foyle Opera Rara Collection ranks as one of the most impressive and comprehensive collections of first and early editions of 19th-century Italian opera scores in Europe. Amongst the works included are both the masterpieces and rarer works by Rossini, Bellini, Donizetti, Verdi and Puccini, in addition to those of less-known composers such as Mayr, Mercadante, Pacini, Ponchielli, Leoncavallo and Mascagni, to name but a few. Also of note are autograph manuscripts in the hands of Donizetti, Mercadante and Pacini.

Reflecting the specialist interests of Patric Schmid and Don White who founded Opera Rara fifty years ago, RWCMD will make this world class collection of unique operatic material publicly accessible for the first time. Of the new partnership with the College, Henry Little, Chief Executive of Opera Rara, said: “I am delighted that our unique and iconic collection will be going to the Royal Welsh College, where scholars, students, and the wider public can consult and enjoy this inspiring body of extraordinary 19th-century operatic material. Opera Rara is especially grateful to the Foyle Foundation, whose generosity has made this special partnership between us and the College possible.”

Of the transfer of The Opera Rara Music Library to RWCMD, David Hall, Chief Executive of The Foyle Foundation said: “The Foyle Foundation is delighted to safeguard the Opera Rara archive for long-term public benefit by enabling its acquisition by the Royal Welsh College. Not only will this enhance the profile and research capability of the College’s Opera School but it will contribute essential funds to sustain the mission and work of Opera Rara into the future.” RWCMD’s Principal, Professor Helena Gaunt, added: “We’re hugely grateful to the Foyle Foundation in allowing us to provide The Foyle Opera Rara Collection with its new home in Wales at the Royal Welsh College, which will be available for academic and public access later next year. This generous gift is an important confirmation of the College’s continuing development, and brings with it an extensive and high quality collection of historical scores and research material relating to opera, which will benefit generations of students and staff here, as well as the international academic community in this field.”

For Opera Rara, the acquisition funding will allow the company to invest in a five year plan continuing their work in bringing the best of unfairly neglected operas back to life at the highest levels possible. Tomorrow (Wednesday 21 November) marks the first hearing in 120 years of the original one-act version of Puccini’s first stage work Le Willis (later called Le Villi in its two-act form) at the Royal Festival Hall; Opera Rara’s Artistic Director Sir Mark Elder conducts the London Philharmonic Orchestra, Ermonela Jaho, Arsen Soghomonyan, Brian Mulligan and the Opera Rara Chorus. The studio recording of Le Willis will be released in September 2019 and will be preceded by the world première recording of Donizetti’s L’Ange de Nisida – the company’s 25th Donizetti title – in March 2019. Both releases will be distributed internationally by Warner Classics as part of their recently announced joint partnership with Opera Rara. In between these releases, Opera Rara will present a concert performance, following a studio recording, of the rarely heard Il Paria, also by Donizetti, at the Barbican on 8 June with the Britten Sinfonia conducted by Sir Mark Elder and starring Albina Shagimuratova, Celso Albelo and Davide Luciano.