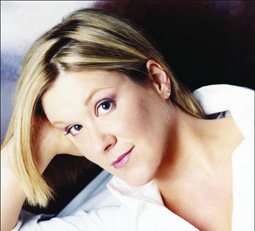 Alice Coote’s career has taken her from her beginnings in the north of England (born in Cheshire) in local singing festivals and playing Oboe in the Cheshire Youth Orchestra to being regarded as one of the great artists of today. She trained at GSMD, RNCM and The National Opera Studio, receiving during this time the Decca Kathleen Ferrier Prize and the Brigitte Fassbaender Prize for Lieder Interpretation. Acclaimed in particular for Mahler, Berlioz, Mozart, Handel and Bach with orchestras such as LSO, Boston Symphony Orchestra, New York Philharmonic, Concert D’Astree, Halle and Concertgebouw she has collaborated with conductors including Gergiev, Dohnanyi, Belohavek, Elder and Boulez.