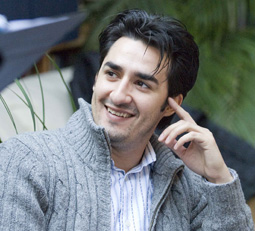 Charles Castronovo was born in New York City. Since the start of his professional career, he has sung with many of the world’s important opera companies and symphonic organizations. His first professional engagements were with the Los Angeles Opera (as a resident artist) where he gained experience performing over a hundred times in various supporting roles. Upon leaving Los Angeles, he was accepted into the Metropolitan Opera’s Lindemann Young Artist Development Program, where he made his debut singing the role of Beppe in I Pagliacci with Placido Domingo on the opening night of the 1999-2000 season. Mr. Castronovo later recorded the same role with Decca on the 2000 release of I Pagliacci with Jose Cura, conducted by Riccardo Chailly. From there, he went on to make a series of important role debuts as Don Ottavio (Don Giovanni) and Ernesto (Don Pasquale) with the Boston Lyric Opera, and Fenton (Falstaff) with the Pittsburgh Opera. He appears on Opera Rara’s recording of Mercadante’s Virginia (ORC39).