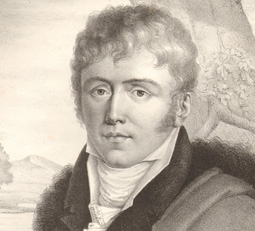 Born in 1763, Mayr was German by nationality but Italian by adoption. Raised in Bavaria, he later moved to Venice to pursue his musical career, where he was urged by the composer Niccolò Piccini to try his hand at opera. The result was Saffo (1794), presented during the Carnival at La Fenice. Its success led to many commissions. Mayr went on to win wider fame with Ginevra di Scozia (Opera Rara ORC23), written for the inauguration of the Teatro Nuovo, Trieste, in 1801. He helped found a music school in Bergamo where he taught and encouraged the young Donizetti. His operatic reputation spread through Italy, to Milan, Rome and Naples and by 1813 Mayr was one of the country’s most respected composers, his popularity hitting a peak with the premieres that year of Tamerlano (Milan), La rosa bianca e la rosa rossa (Genoa) and Medea in Corinto (Naples). The latter (available on Opera Rara ORC11) is widely looked upon as his masterpiece, making notable advances in continuity between numbers and vivid orchestration. After 1815, Mayr’s output lessened, partly the result of Rossini’s unstoppable success. By 1824, when he wrote his last opera, Demetrio, he had produced over sixty operas and his name was known across Europe. Mayr became blind in 1826 but remained musically active in Bergamo. His funeral in 1845 was attended by Verdi. Rossini would remark in 1856 that Mayr had ’perhaps earned his great name more by giving weight to the dramatic element than by creative facility’. 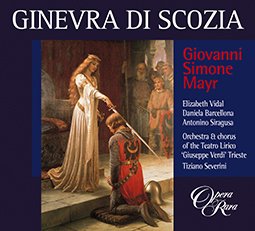 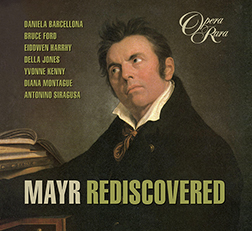 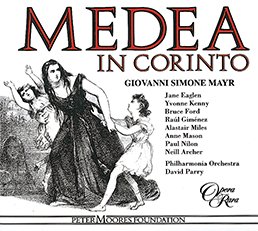 Medea in Corinto
CD & Download
From £3
Buy
Support Us