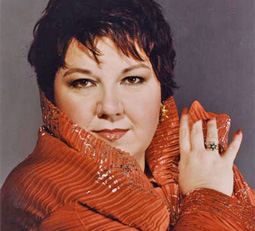 Born in Lincoln, England, Jane Eaglen has become one of the most appreciated new Wagner sopranos. She has sung Brünnhilde at La Scala and appeared as Norma and Abigaille in Nabucco with Riccardo Muti in the Ravenna Festival. Her Metropolitan Opera debut was Donna Anna in Don Giovanni and since then she has sung Wagner internationally, in Vienna, Paris, Munich, Chicago, Seattle, San Diego, Madrid, Buenos Aires and London. She can be heard on Opera Rara’s recording of Mayr’s Medea in Corinto in the title role. 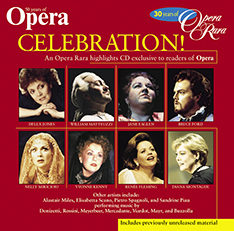 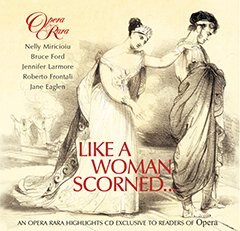 Medea in Corinto
CD & Download
From £16.99
Buy
Support Us