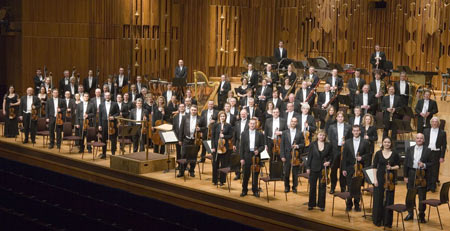 The LSO was founded in 1904 by players seceding from the Henry Wood Queens Hall Orchestra. Since then it has had 11 principal conductors, including Hans Richter (its first), Edward Elgar, Claudio Abbado, Sir Colin Davis and currently Valery Gergiev. The orchestra took up residence at London’s Barbican Centre in 1984 and refined its approach to programming, introducing the themed festivals that are now a regular feature, attracting the likes of Rostropovich, Pierre Boulez and Anne-Sophie Mutter. The LSO is heard on two Opera Rara releases: Donizetti’s Maria Padilla and Della Jones Sings Donizetti.