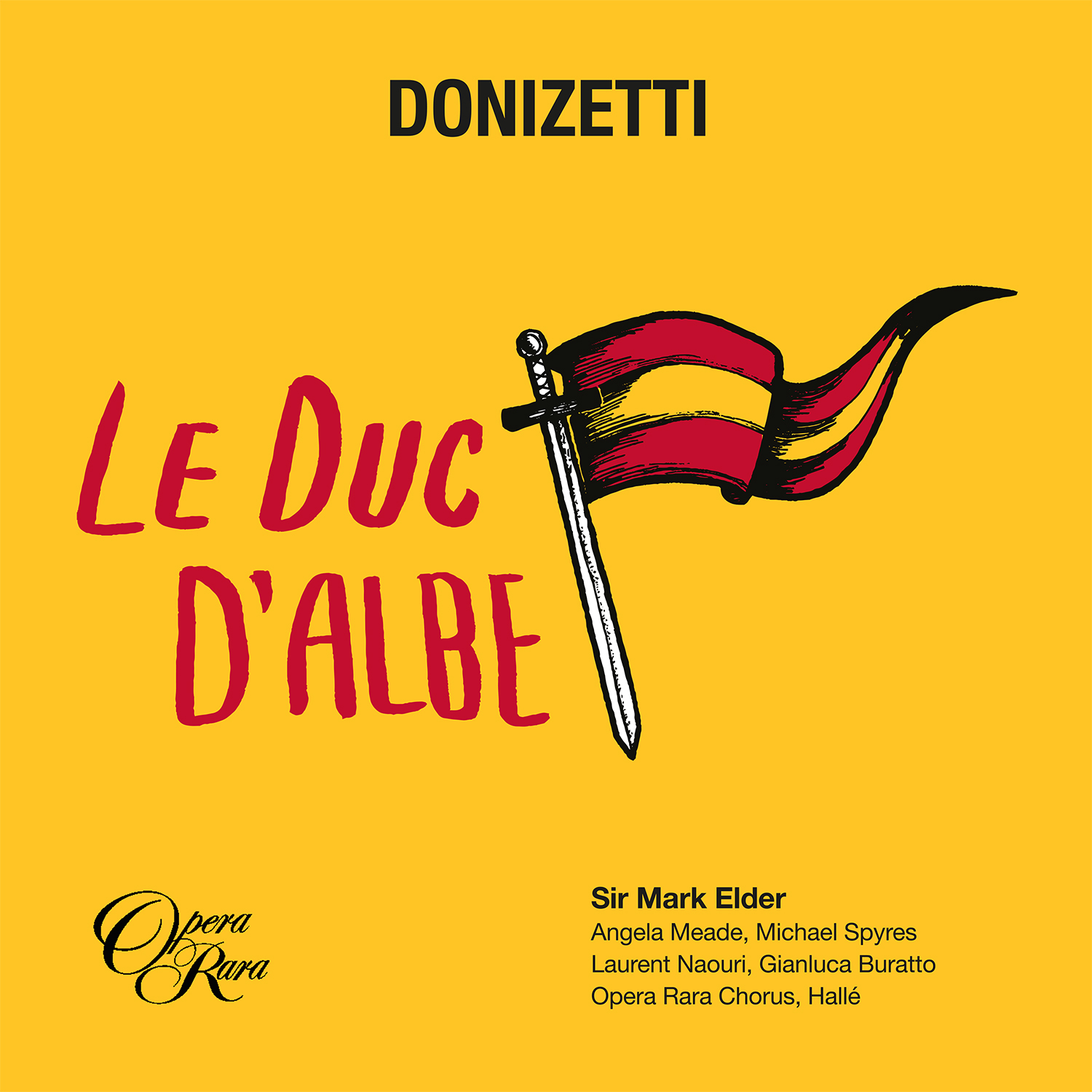 In the second instalment in our series highlighting particular jewels from our catalogue of over 60 full length opera recordings, our Artistic Dramaturge, Roger Parker, chooses our June Album of the Month. Below, he shares his insights into Donizetti’s Le Duc d’Albe.

“…care, fine preparation and attention to detail in the musical execution, marvellously evident from first note to last”
Opera Magazine

Donizetti’s Le Duc d’Albe was an ill-starred work for the composer. In 1840, and at the height of his powers, he had written more than half of it in full score for Paris’s great theatre, the Opéra; but then obstacles began to be put in his way, obstacles that continued for the rest of the tragically short time that remained to him. There are stories that, even during his miserable last years sequestered in an asylum outside Paris, he was wont to rave and rant about his half-finished opera. In this context, it’s not without embarrassment that I remember the period of the Opera Rara recording as one of happy collaboration. I had done what I could to edit what Donizetti had left, but the conductor Sir Mark Elder, as always, was forensically engaged from the very start. Early on we decided that we would only record the first two acts (by far the most complete); and also that we would commission a completion of the missing prelude and recitatives from English National Opera’s Martin Fitzpatrick. Many an afternoon was then spent by the three of us in Mark’s Highgate house, arguing line by line, note by note, about how this or that passage should be realised. When it came to the recording, I think we all felt a sense of pride and ownership. Would Donizetti have approved? I sometimes like to think so; but I’m sure he would have been amazed at the time and effort it all took: in the months we spent on Le Duc d’Albe, he would have polished off four or five operas, doubtless with a couple of dozen songs and some cantatas on the side, all the time dashing in coaches from this to that city, writing streams of letters to all concerned, rehearsing with loving care his old and new creations.

You can listen to ‘Du courage’ from Act 1 here.

We’re offering 50% off this title in our online shop for the entire month of June. Click here to take advantage of this fantastic time-limited offer.