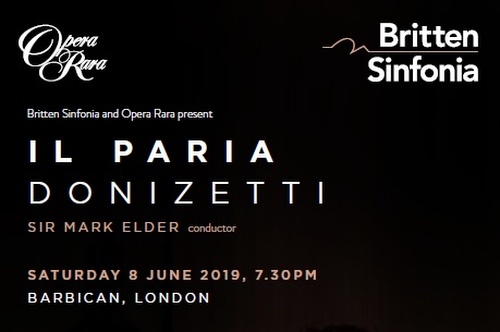 The booking is open for our concert performance of Donizetti’s Il Paria!

Set in ancient India, the opera tells the story of Neala, daughter of the high priest of the Brahmins Akebare and herself a priestess in the cult of the sun, who has fallen in love with Idamore, the leader of the army. They are about to get married but the pariah Zarete reveals that Idamore is his lost son. The marriage can no longer happen because the Pariahs and the Brahmins hate each other. As Zarete breaks into the Brahma temple, he is condemned to death by Akerabe, who also condemns Idamore (who tries to defend his father) and then his own daughter who tries to defend Idamore. The ending sees them all awaiting their fate.

This opera is, as all the commentators say, an important breakthrough for Donizetti. It was his first tragic finale, and all the way through the opera there’s evidence of him trying to avoid the usual solutions. Also novel is the use of the chorus, the constant diving into arioso and a highly inventive orchestral palette all the way through. Il Paria marks an important moment in Donizetti’s career and it went on record as saying that he was especially proud of the piece. 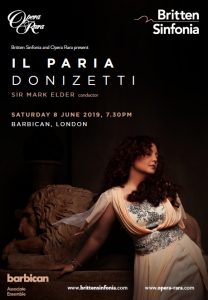