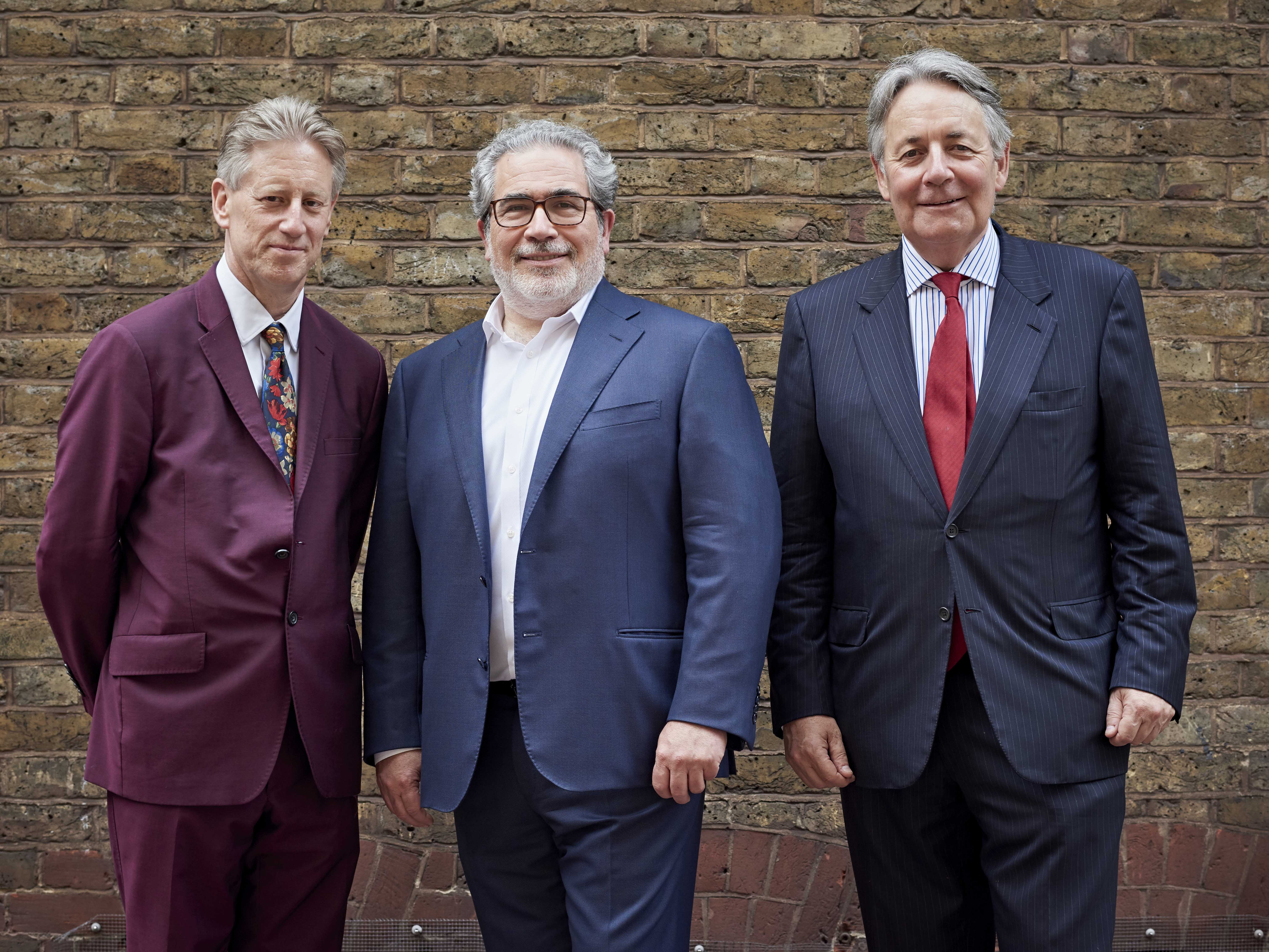 Opera Rara is delighted to announce the appointment of Carlo Rizzi as Opera Rara’s Artistic Director to succeed Sir Mark Elder who will be stepping down in September 2019.

Speaking about his work with Opera Rara since 2012, Sir Mark Elder said: “My years as Artistic Director of Opera Rara have been enormously rewarding and I have now decided that it is time to hand on the baton. Bringing so many unknown operas to life has been challenging, but there is certainly an appetite for discovery among artists as much as the public. Opera Rara has an important role to play in that discovery, and I am so happy that my distinguished colleague, Carlo Rizzi, will continue the work of this remarkable organisation.”

Commenting on his new role at Opera Rara, Carlo Rizzi said: “Opera is my passion and I strongly believe in its future. Just as it is important to present known masterpieces afresh and to commission new works, I believe that finding and bringing back to life the hidden jewels of this endlessly enriching art form is equally vital to excite modern audiences. Throughout my career, I have conducted many opera(s) rara(s) and the journey that I am starting here with this unique organisation will allow me to go even further in exploring many strands of less well-known repertoire. I am looking forward to it!”

Charles Alexander, Chairman and Henry Little, Chief Executive said: “For us, Carlo is an obvious choice as our new Artistic Director. His extensive and acclaimed work in 19th- and 20th- century operatic repertoire is a perfect match for our promotion of unknown operatic masterpieces to a global public. We welcome Carlo and in Opera Rara’s 50th anniversary year, we look forward to our collaboration with him with considerable enthusiasm and excitement. We extend our profound thanks to Sir Mark under whose outstanding artistic leadership, Opera Rara has enjoyed an era of unprecedented success and recognition.”

Opera Rara first collaborated with Carlo Rizzi in 2017 when he conducted two discs of bel canto arias with Joyce El-Khoury and Michael Spyres titled Écho and Espoir. Recorded with the Hallé and featuring a selection of mainly French arias first made famous by Gilbert Duprez and Julie Dorus-Gras, two of the operatic stars of the day, the discs were described by Gramophone as “a must for lovers of the repertoire.”

Carlo Rizzi enjoys regular and long-standing relationships at the most distinguished operatic addresses including the Metropolitan Opera New York, the Royal Opera House Covent Garden, Opéra National de Paris and Deutsche Oper Berlin, as well as maintaining a significant career as a symphonic conductor, working with orchestras including the Orchestra dell’Accademia Nazionale di Santa Cecilia, Netherlands Philharmonic, Antwerp Symphony, Atlanta Symphony and Hong Kong Philharmonic. He made his UK debut at Buxton Festival in 1988 conducting Donizetti’s Torquato Tasso and future engagements are notable for displaying his commitment to rare and under-appreciated titles, including a new production this summer of Rossini’s L’equivoco stravagante at the Rossini Opera Festival in Pesaro, and a return to his native Milan for Montemezzi’s L’Amore di Tre Re at Teatro alla Scala. He holds the title of Conductor Laureate at Welsh National Opera, where he was Music Director from 1992-2001 and again from 2004-2008, and additionally retains ties with Cardiff as Honorary Fellow and International Chair in Conducting at the Royal Welsh College of Music & Drama – the new home of The Foyle Opera Rara Collection.

Since 2011, Opera Rara – under Sir Mark Elder’s leadership – has renewed its commitment to 19th-century French repertoire with operas by Gounod and Offenbach including Fantasio which won the 2015 International Opera Award and explored its first verismo operas including Leoncavallo’s Zazà and most recently, Puccini’s first stage work Le Willis, which is to be released in September. Le Willis will be the third Opera Rara title to be distributed internationally by Warner Classics.

The brain-child of Patric Schmid and Don White, Opera Rara has been in the business of bringing back forgotten operatic repertoire since its conception in the early 1970s, with a special focus on the bel canto repertory. Opera Rara’s recording of Rossini’s Semiramide conducted by Sir Mark Elder won the 2019 International Opera Award for best “Recording (Complete Opera)”. Its latest release is the world première studio recording of L’Ange de Nisida – its 25th Donizetti title – also conducted by Elder, whose most recent collaboration with Opera Rara was the UK première of Donizetti’s Il Paria, following a studio recording to be released in 2020, at the Barbican which was described by Classical Source as “a winning evening… another Donizetti restored to the repertoire”.

Read about our Future Plans here.