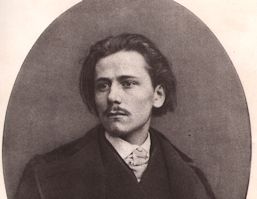 Massenet was a prolific, meticulous composer who wrote 30 or so operas, numerous oratorios and around 200 songs. Born in 1842, he entered the Paris Conservatoire aged just 11, going on to study with the composer Ambroise Thomas. In 1862, aged 20, he won the coveted Prix de Rome, spending three years in Italy, where he met Liszt. His first full-length opera came in the aftermath of the Franco-Prussian War, with Don César de Bazan, premiered at the Opéra-Comique in 1872, though his first real success came with the oratorio Marie-Magdeleine (1873), the title role sung by Pauline Viardot, sister of Maria Malibran. His first successful opera came in 1877 with Le Roi de Lahore, followed by Hérodiade (1881), based on the story of Salome. Three years later came the melodious tragedy Manon in 1884, perhaps his most enduring success, which picked up on Wagner in his use of leitmotivs and weightier brass. By this point, Massenet was France’s most popular opera composer, his light, lyrical style and remarkable gift for melody appealing to the French bourgeoisie, while never challenging them too much. A further three operas – Le Cid, Le Mage and Esclarmonde – didn’t match the success of Manon, but then came Werther in 1892, his masterpiece based on Goethe’s novel on the destructive power of obsessive love. Two years later he followed up with Thaïs, one of his most performed operas, its difficult title role written for the American soprano Sibyl Sanderson. The same year the one-act Le Portrait de Manon (available on Opera Rara, ORC47), was premiered at the Opéra-Comique, a work peppered with familiar quotations from Manon, written 10 years earlier. Massenet’s musical style was eclipsed by the success of Debussy’s Pelléas et Mélisande in 1902, though in his last decade his work found a ready stage in Monte Carlo, far from the mainstream of French opera. His last success was Don Quichotte, premiered in 1910, two years before his death. 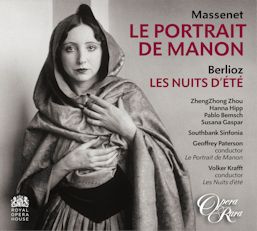